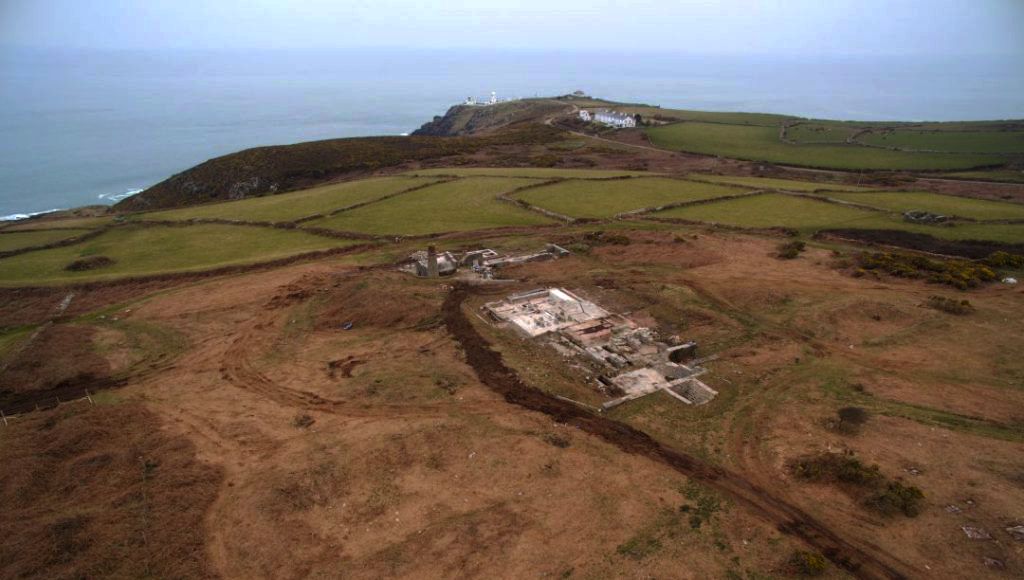 Earlier this year Archaeovision completed a landscape photogrammetry survey of North Boscaswell Mine, Pendeen, Cornwall for the National Trust. North Boscaswell Mine worked for little more than a decade from 1906 and incorporates the remains of the only known Merton Furnace to survive in Britain.

The mine was small-scale with 11 men being employed underground and six at surface in 1906. The numbers rose steadily until 1909 when the total number of employees was 41. The mine was briefly suspended in 1911 and again in 1913, and was placed on care and maintenance between 1914 and 1915. In 1918 the mine had restarted, but it was recorded as having been suspended by the end of the year. Attempts were made to re-start the mine in 1922, but it was suspended soon afterwards. It remained in this condition until around 1927, when the machinery was sold off or scrapped and most of the buildings were dismantled to recover re-usable materials. The mine was taken over by Geevor in 1937 and the underlying lodes were reworked from the 1960s until the late 1980s. The site was left to nature and a significant scrub developed. The remains of the mine are minimal due to the demolition that has occurred. Excavation work has since been completed by Cornwall Archaeology, but little documentation of the site has been completed. Pendeen and the surrounding area. The outline shows the area captured (Image from Google Earth)

Archaeovision were contacted to record this important site in Pendeen, to add to the renovation work that has recently been completed. It was decided that a large scale photogrammetry model would be completed, which would be used to provide outlines of the buildings, as well provide an insight into possible building locations. A DJI Inspire 1 with a X3 camera, flown by Adam Stanford, was used to capture over 1000 images of the site. Due to the site being out in the open, with winds reaching over 50 mph, the recording had to be postponed several times before the capture took place. Safety is of paramount importance within the work that Archaeovision complete and we regularly checked the weather forecast until a suitable wind speed was present. The DJI Inspire 1 in flight

A larger number images were captured to compensate for the low pixel resolution of the camera. This allowed for the one hectare site to be processed at a high resolution. To add to the resolution, these images were combined with ground based photos, taken from our Nikon D810. In total over 1200 images were used to capture the landscape. An interactive model of this landscape is at the end of this post. The photogrammetry model of North Boscaswell Mine

The purpose of the recording was not only to record the current condition of the building work, but to also outline possible features within the landscape. Archaeovision, having a wealth of experience within virtual RTI, processed the photogrammetry model through our custom made virtual lighting dome. RTI allows for subtle features to be found and the results are shown below. 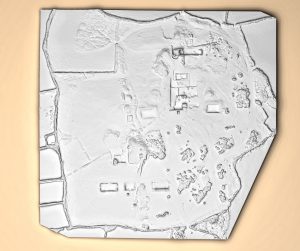 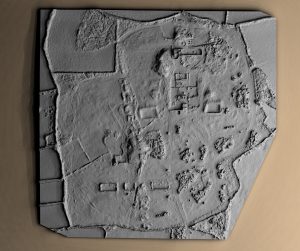 As part of the work, the model was processed through GIS and a slope analysis can be seen below, comparable to the virtual RTI that was created. A slope analysis of Pendeen using the photogrammetry model

Creating the photogrammetry model and utilising different processing options has enabled the on-site archaeologists to learn more about the site. Features of interest were found through our survey and are currently under investigation. Work will shortly begin on other sites in the local area, where we will hopefully be utilising an ALTA 6 drone through our new collaboration with the Helicopter Girls, who are the only persons in the UK who are allowed to fly within 10 metres of buildings. Documenting these mines provides a greater resource for the National Trust; through our understanding of the technology and the processing options, we were able to help the National Trust identify features that were unknown, and will continue to be part of this interesting project.

Below is some footage taken on the day of recording, showing the landscape and the mine. The models included show the overall landscape, as well as the Calciner and Mill.

Pendeen Tin Mine Calciner by Archaeovision on Sketchfab

The Pendeen Tin Mine Mill by Archaeovision on Sketchfab