The Ethics of Dust: Westminster Hall 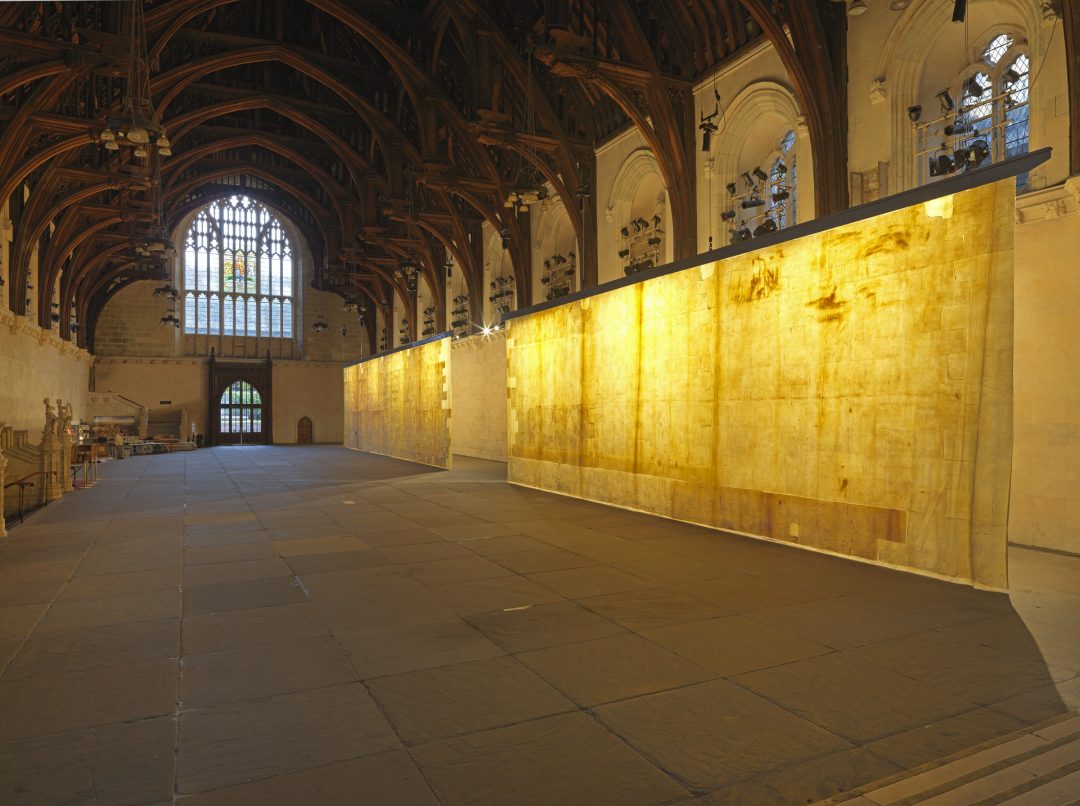 Last year Archaeovision were contacted by Artangel in regard to their Ethics of Dust project. The Ethics of Dust is a major temporary site-specific artwork of Westminster Hall, the oldest part of the Houses of Parliament, home of the UK’s House of Commons and House of Lords. A 50 metre long translucent latex cast of the hall’s internal and external east wall were recorded, containing hundreds of years of surface pollution and dust. The latex copies were created by artist, architect and conservationist Jorge Otero-Pailos whose has completed similar projects of the historic family home of Louis Vuitton; the Victoria & Albert Museum’s copy of Trajan’s Column; the Roman silver mines of Carthago Nova; and the 14th century Doge’s Palace in Venice. Completed in 1099, Westminster Hall’s limestone walls may well hold the dust, soot and dirt generated by events including the Second World War blitz and the Great Smog of 1952. Among its many uses, the hall has housed the coronation banquet of King George IV in 1821, the trials of Guy Fawkes in 1606 and King Charles I in 1649. Westminster Hall is still used for public ceremonies and lying-in-state, most recently for the Queen Mother in 2002. Due to the recording nature of the latex, the walls were separated into individual sections and it was unknown how each part fitted together. Archaeovision were contacted to record these sections and provide an outline of their detail to help within the creation of a framing unit. A photogrammetry survey was completed of each latex section as the method provided exact digital copies that where within the budget available. These separate models were scaled and merged together to create an overall outline which were then digitised. Artangel have since used these plans to create the necessary frames, and the exhibition can now be seen at Westminster Hall. Part of completed work can be seen in the image below. The exhibition is open until the 1st of September and it highlights the detail preserved in the building work over many centuries of use. A video of the installation can be seen below