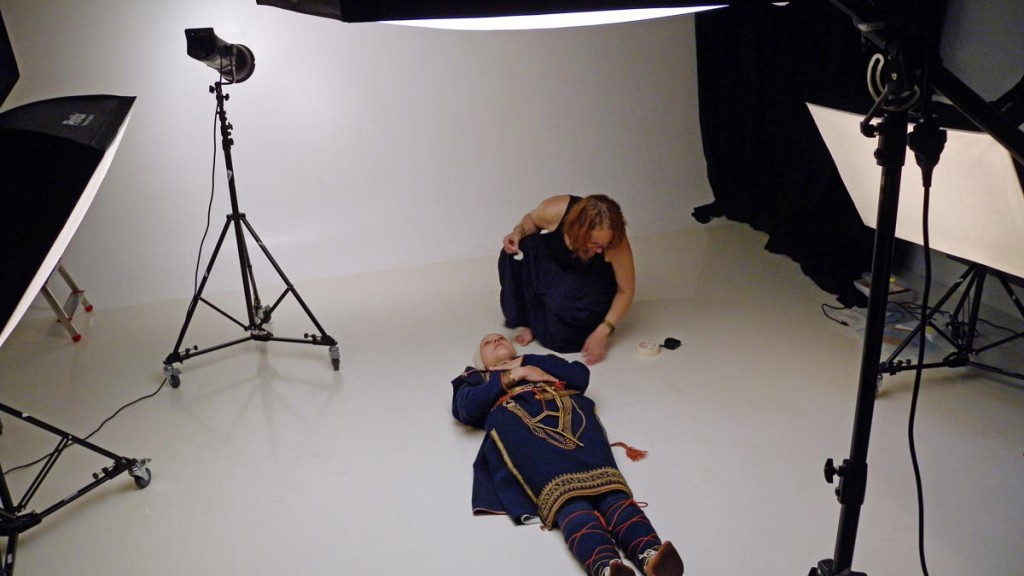 Estonian National Museum is working hard on developing new display units and setups for their new new museum which opens in 2016.

Archaeovision has been part of this recent development through the capture and processing of a number of photogrammetric models of reconstructed clothes, found some years ago while excavating a burial.

We spent a day in the MXM Photo studio photographing the reconstructed dress and other accessories found during the excavation. Our first plan was to use a dummy, similar to those found in shop windows, but it was too tall, too skinny and it was faceless. Instead the curator was used to add to the realism of the data capture.

Using photogrammetry for a moving (breathing) item (person) is a big challenge, but a quick test gave us more confidence to continue in the detailed recording.

James has now almost finished processing the separate data captures and the results are looking very promising. The models will be used directly within the museum interactive displays and our approach in capturing a living object is good enough to present the models to the public, but for real measurable documentation the subtle movement in breathing between photographs means that that it is not 100% suitable. Results can still be gained but the best approach with photogrammetry is to use a static object or alternatively multiple angled cameras at once.

A blog post about our work and the reconstruction process is available on the museum’s website which is only available in Estonian.