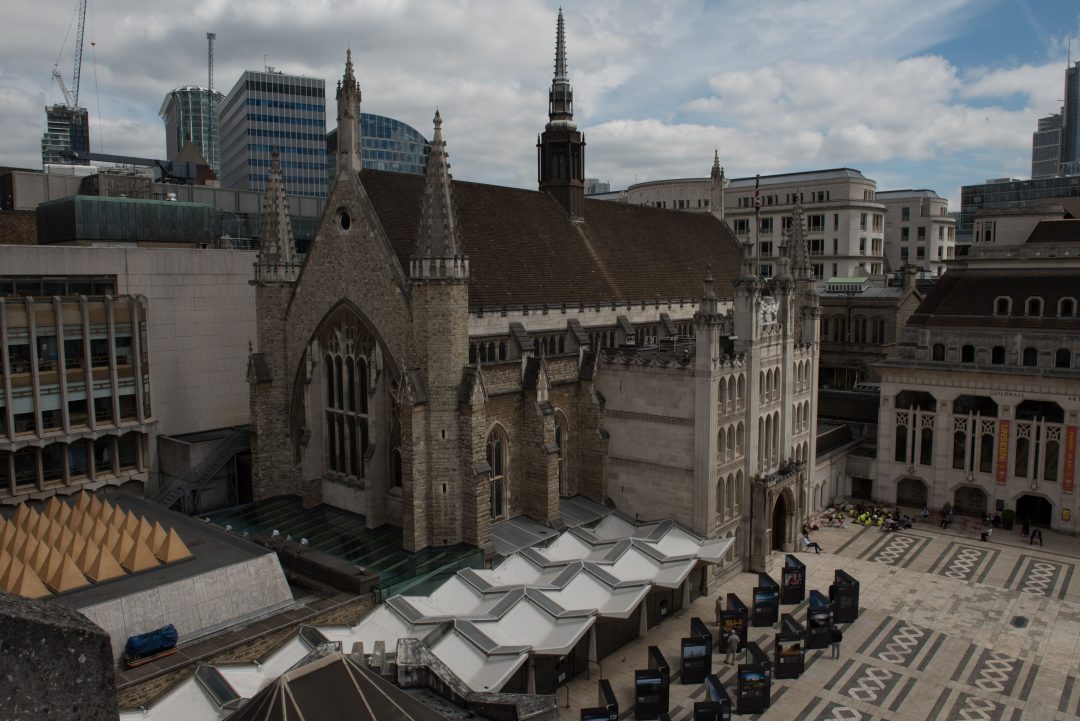 During the summer, Archaeovision took part in the UAV photogrammetry survey of the Grade I listed Guildhall building in the City of London. The purpose of the survey was to produce a condition survey report of the ceremonial and administrative centre of the City of London and its Corporation.

The construction of the Guildhall began in 1411 and was completed in 1440, and remains the only non-ecclesiastical stone building in the City to have survived through to the present day. The only modification of the exterior is on the south front with the introduction, in the Neo-Gothic style, of the Dance Porch in 1788 by George Dance. The building provides an important record of the 15th century architecture of London and a continual assessment of the building is necessary to preserve this record further.

When producing condition surveys, our usual approach is to use laser scanning as the method provides a high resolution point cloud from which we can extract CAD data. With the work completed at the Guildhall, access to the surrounding area was limited; laser scanning would not have been able to capture the roof data necessary within the model. As result, we worked in collaboration with the Helicopter Girls, who are leading UK drone operators in filmed based high end professional UAV services, to produce a photogrammetry model of the building.

To produce the necessary photogrammetry model to work from, over 1000 images were captured using a Freefly ALTA 6 with a Sony a7R II (42.2mpx) camera for aerial photographs, in conjunction with over 800 images from ground positions using our Nikon D810 (36mpx). The benefit of using high resolution cameras enables the data produced to be of a high quality and it enabled less photographs to be taken. The pilot used in the recording process is one of two people who are allowed to fly within 10 metres of buildings in the UK, therefore enabling a greater capture process. Having the license to fly so close to buildings enables close up data to be included and is something that is unachievable with other drone based surveys. This, in collaboration with our expertise in 3D recording, provides a system that is better than the majority of UAV based survey companies, as we are able to understand the necessary recording processes in cultural heritage, as well using the most up-to-date survey equipment.

Resolution detail from the UAV survey

Following specific flying and license based restrictions, as well health and safety requirements, the survey incorporated a dual operation, with the pilot needing to keep a constant view on the drone, with the other operator taking the images needed. Using the Alta 6 allowed for a heavy duty gimbal to be used, giving complete rotational control over the camera system; these were streamed directly to a screen and images were captured following our guidance. Each flight was planned by Archaeovision prior the drone taking off and guidance was given during the flight, which followed a grid pattern effect, with close up details captured where necessary when features were observed during the flight. The system used, as well as the flying set-up, can be seen in the gallery below. 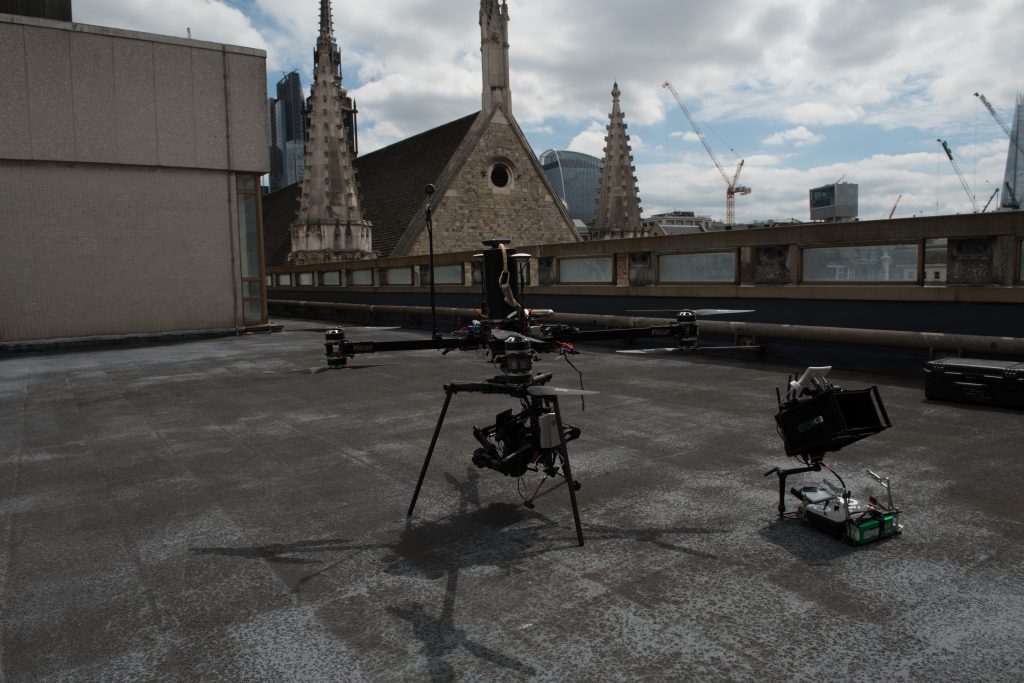 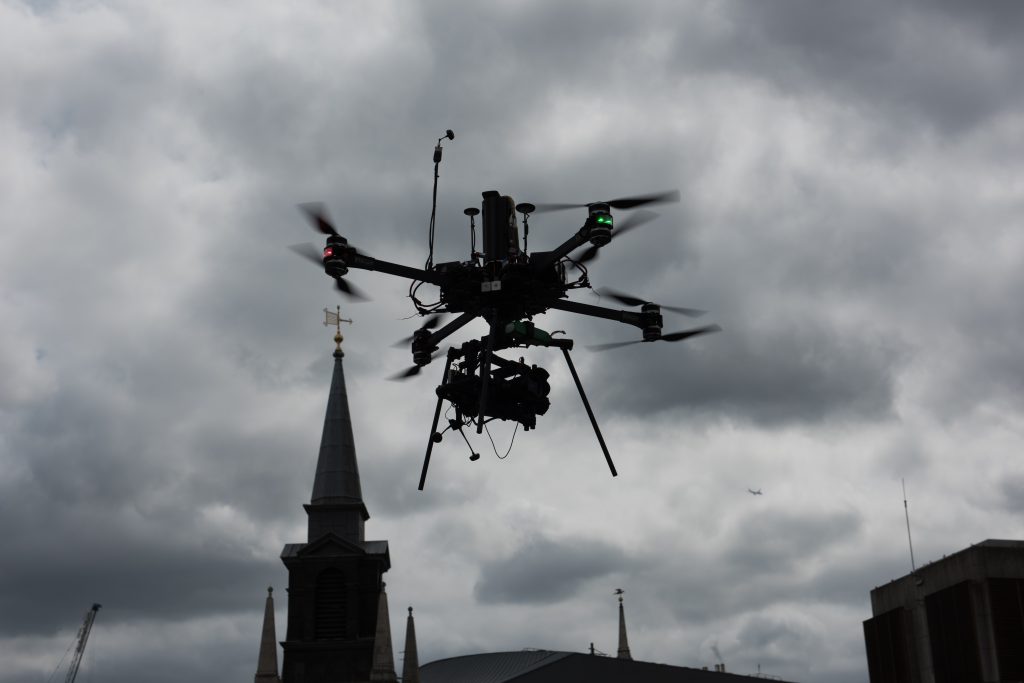 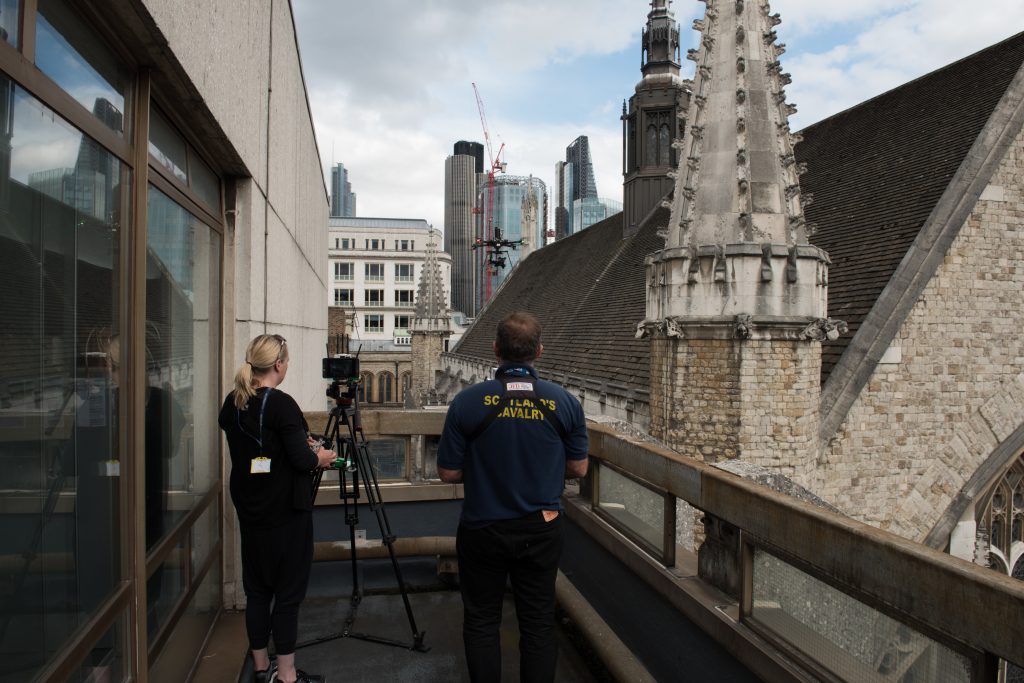 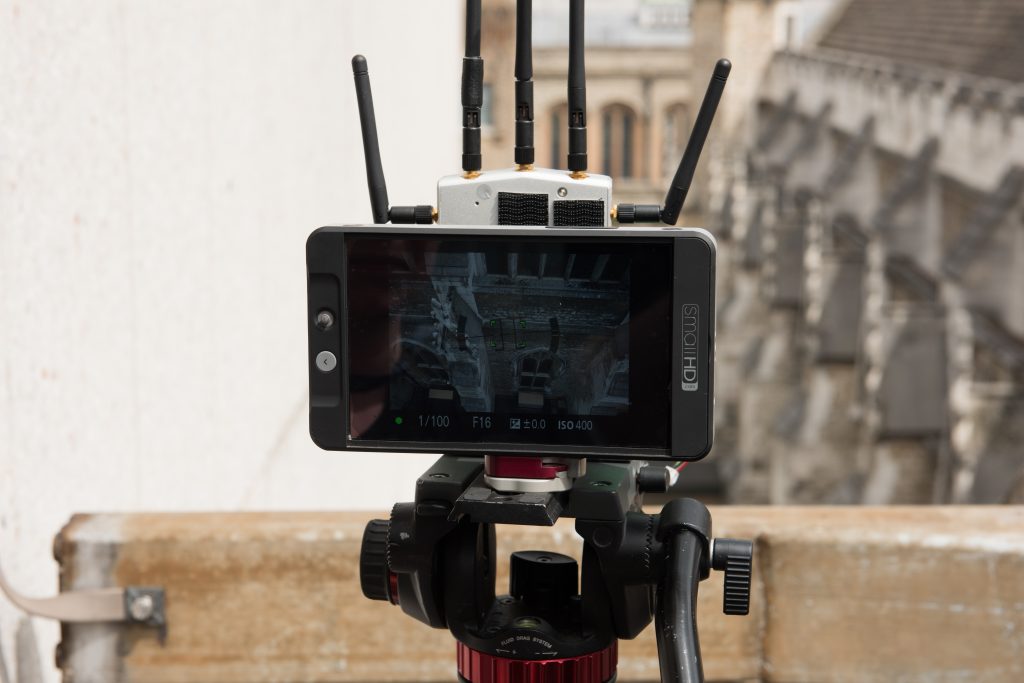 Live video feed of the camera 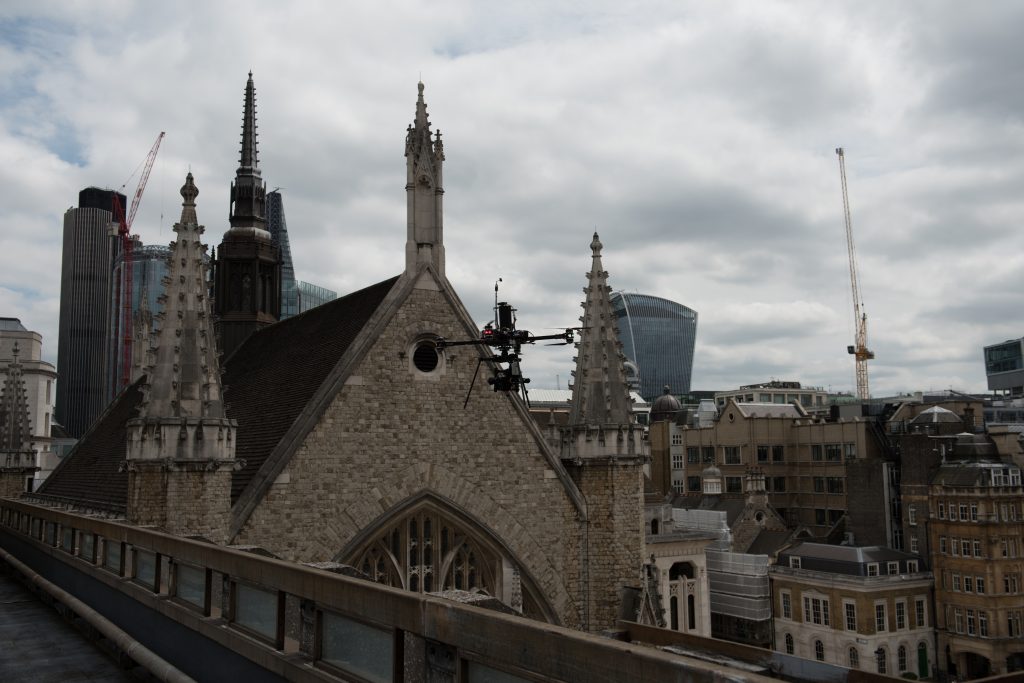 For a building of this size, Archaeovision would not usually have recommend the use of photogrammetry to produce the model necessary, but using this specialist pilot allowed for all of the data to be captured in the same way that we would record small objects. This collaboration will now provide better drone based surveys for our clients and we will be using this pilot for a number of upcoming projects following the same recording methodology. The building, at the time of recording, had scaffolding on the east window and errors are present in this area; nonetheless, the results produced are of a high quality and the model can be seen below.

City of London Guildhall by Archaeovision on Sketchfab

With the model produced, which originally contained over 30 million faces, CAD drawings were created for each elevation and top down view. This data was produced by working directly with the model and by rendering orthographic projections of the model in Photoscan. The CAD drawings can be seen below but have been reduced in quality for the web. The CAD drawings are now being used by the City of London architect as a basis for further work and will act as an addition to the 1993 drawings that the Corporation have. It is hopeful that we will add to the model by completing more of the surrounding area, as well as the internal part of the hall. 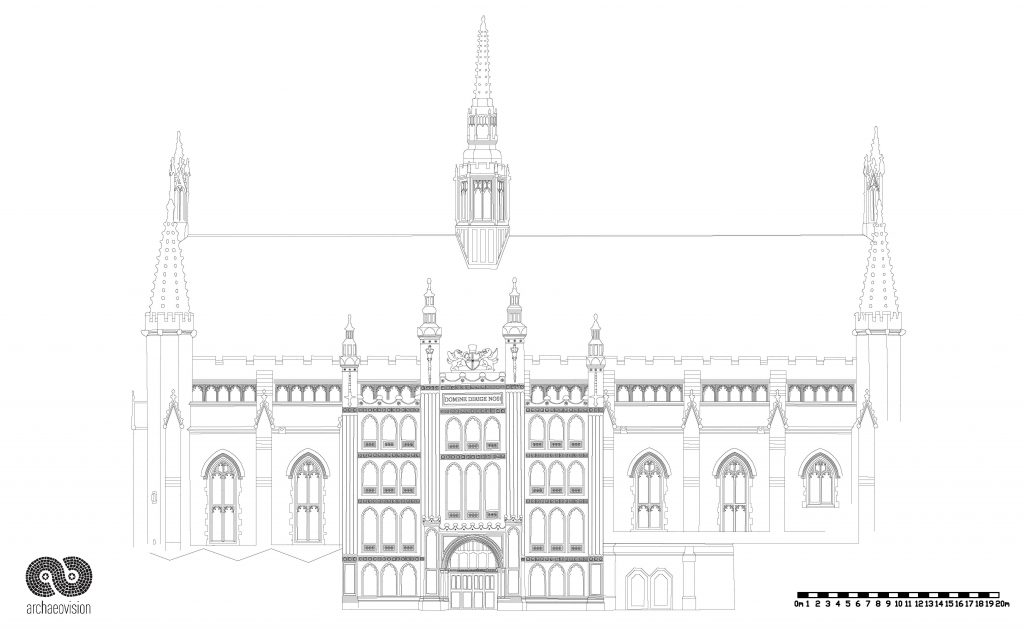 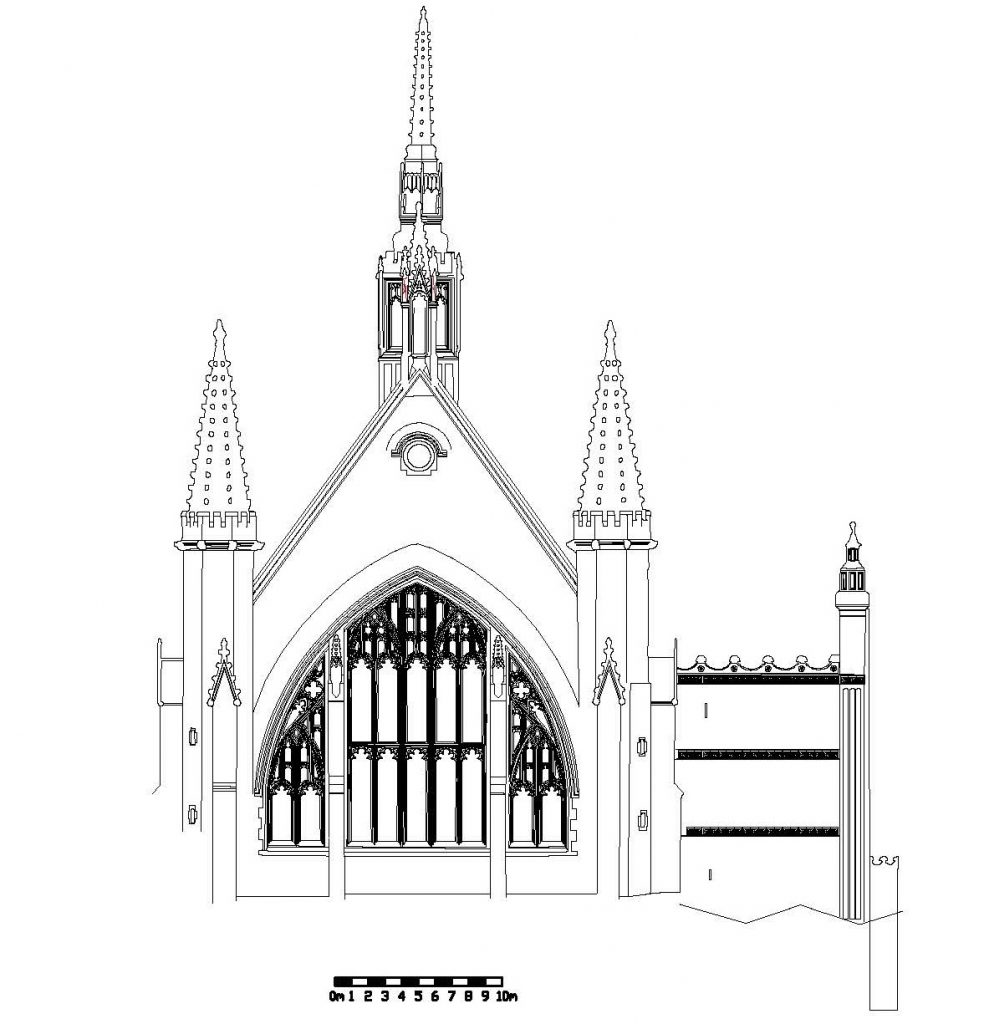 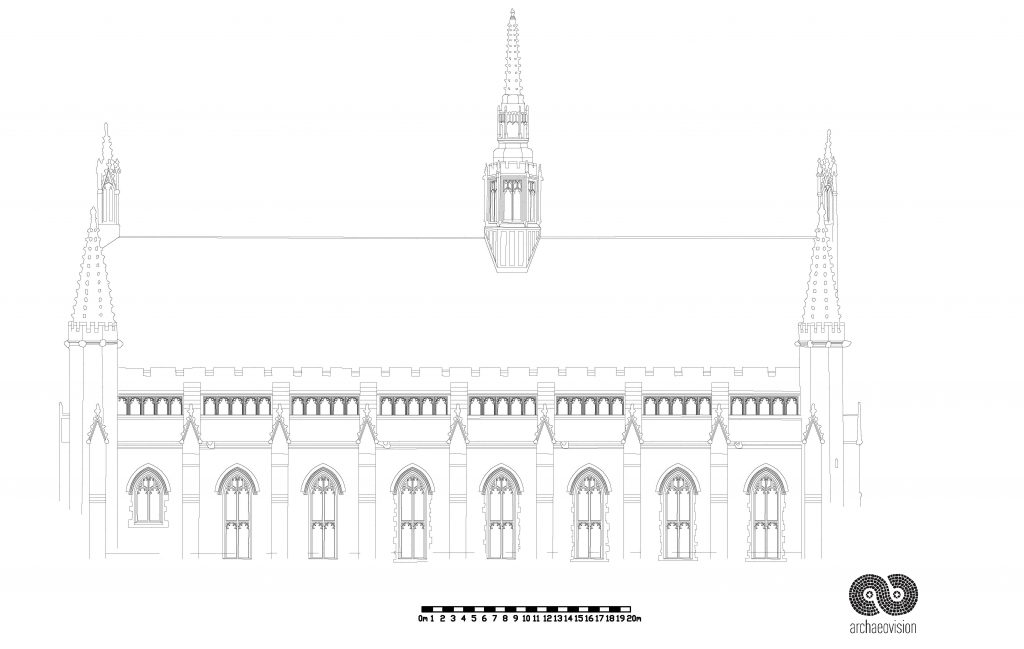 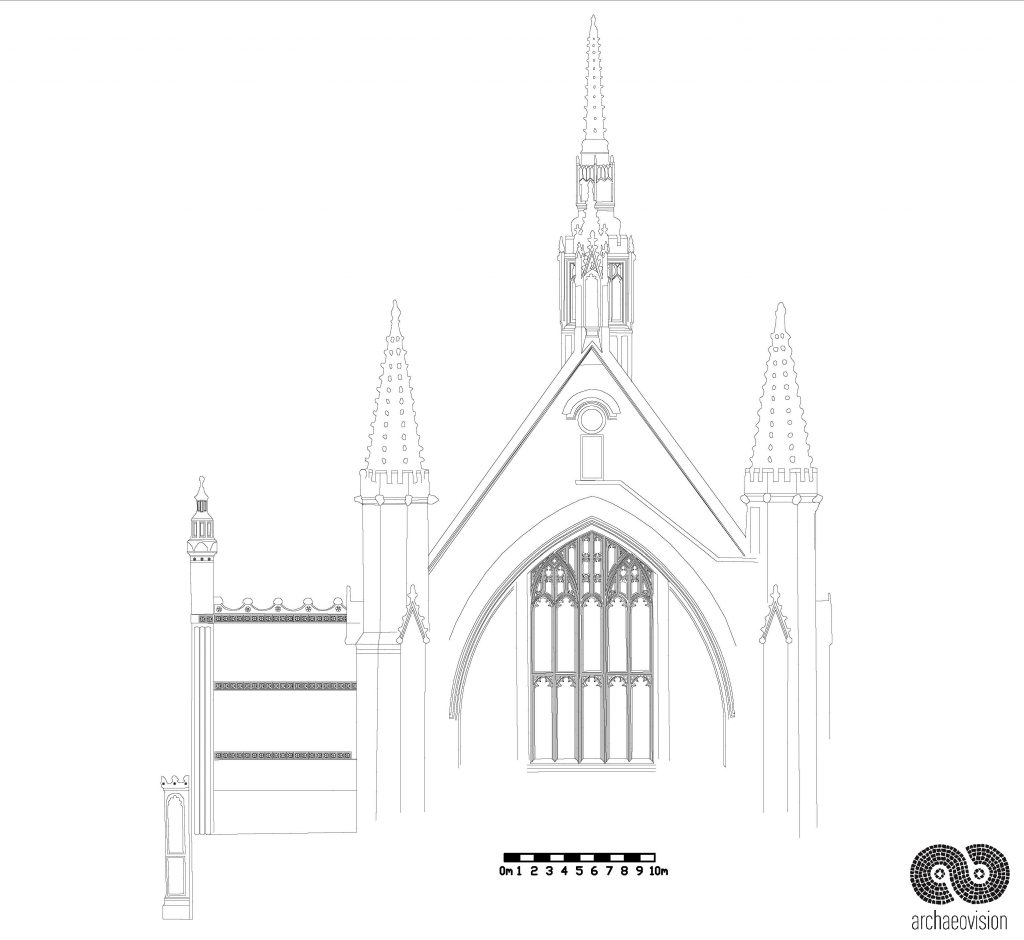 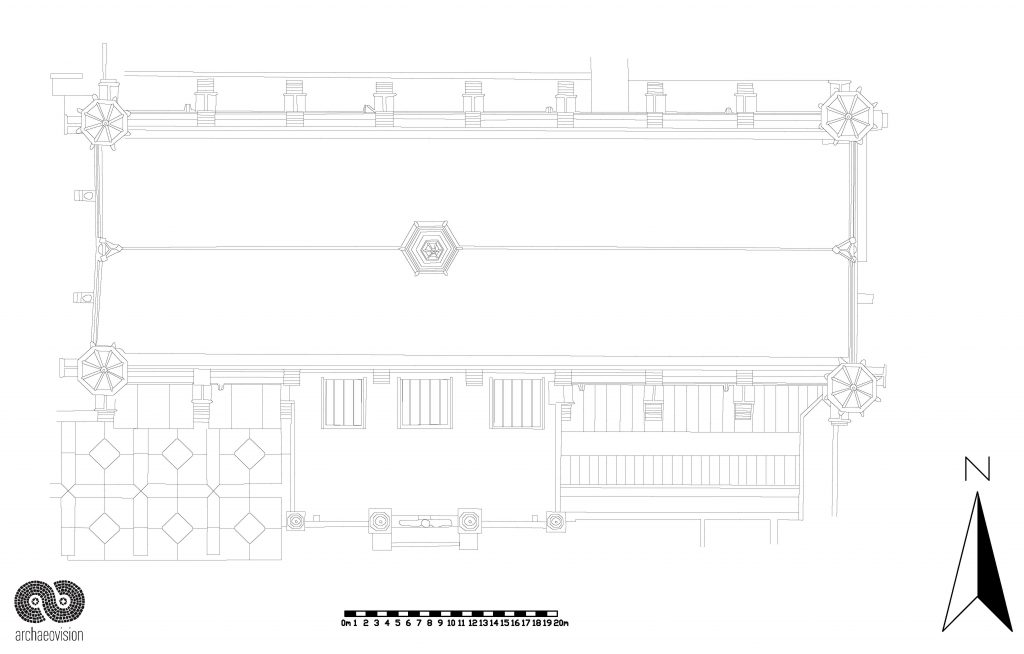 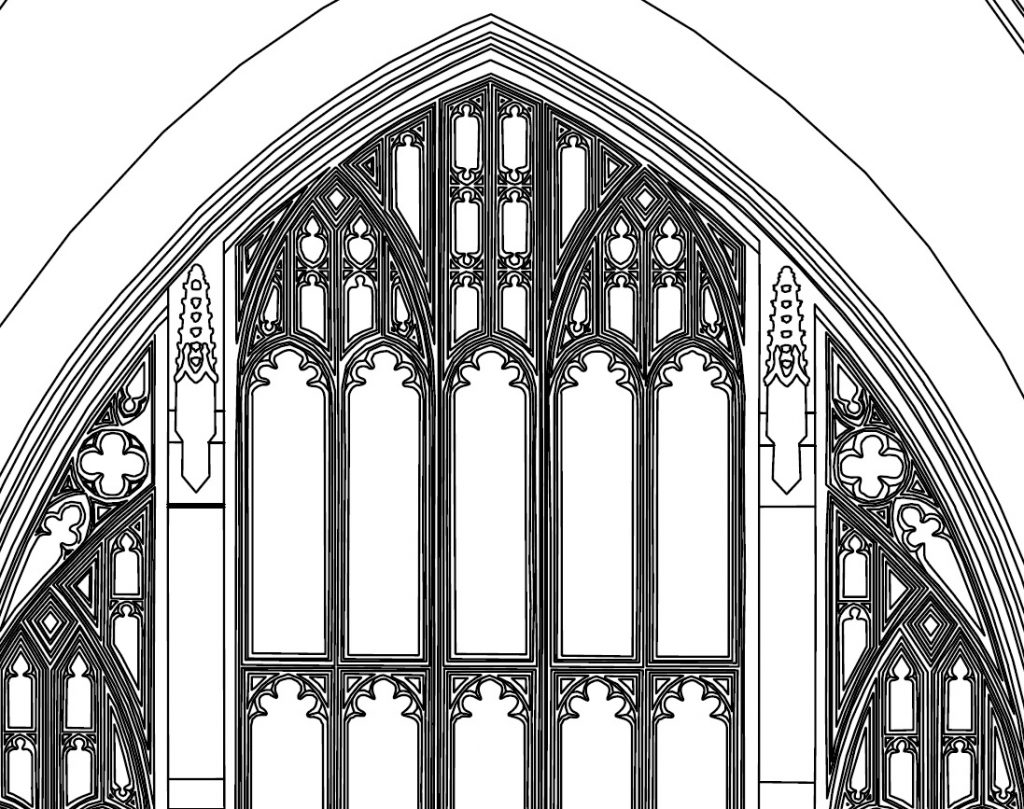