The Recording at Castell Henllys 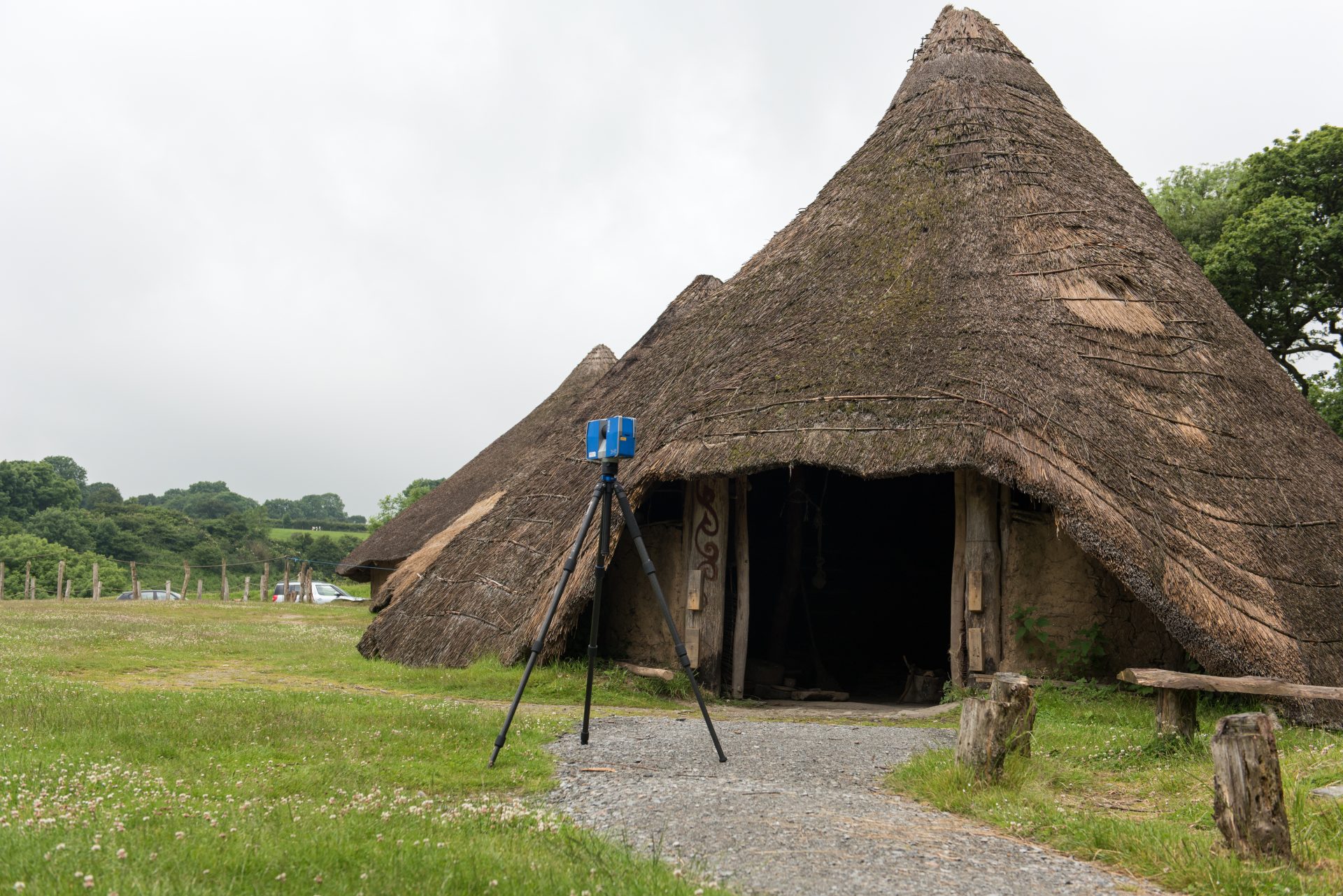 During the summer of 2016, Archaeovision took part in the detailed recording of two of the reconstructed roundhouses at Castell Henllys in Pembrokeshire, Wales. The work was completed on behalf of the Pembrokeshire Coast National Park Authority and focused on the Cook’s House and Earthwatch Roundhouse.

Castell Henllys contains replica Iron Age roundhouses that were built within the last 30 years, based on the foundations of the original circular dwellings of the Iron Age hill-fort settlement. The site is unique in that it is the only Iron Age Fort in Britain where the replica roundhouses have been built on the original foundations. The site has been extensively excavated and studied and has now become a key aspect of Iron Age archaeology, providing a combination of Scheduled Ancient Monument, archaeological excavation and experimental archaeology practices. The site consists of four roundhouses and a granary.

The purpose of the recording was to record the current state of the buildings, not only to act as a preservation tool, but to assist engineers and architects in the rebuilding of these two roundhouse over the next two years. More on the progress of this rebuilding can be seen on the Pembrokeshire Coast National Park Authority’s website.

To create a detailed record of the state of the two buildings, laser scanning was used via a Faro Focus x330 to capture both the exterior and internal features. This incorporated over 40 individual scan positions to capture the overall extent of the building work, as well the areas beneath the internal wall and thatched roof. One of the scan positions can be seen in the video below

The scanner was set up to create individual scan data that had a 0.6mm point spacing within a one metre radius. This high resolution point spacing created an overall scan data set that consisted of over 1.6 billion points, creating a source of information that can be used for precise measurements and comparisons in the future. RGB values were captured on the exterior of these two buildings, with the interior sections recorded with no RBG values, as the visual effect of the scan points would have been incorrect due to the lack of light that these buildings had. As such, the interior sections of the buildings are displayed per point as grey-scale normal values. The Interior of Cook’s House, showing the shadow present in the interior of the building

This scan data was then used to create an animation of the two roundhouses as shown below and a series of CAD drawings were produced where the main structural elements were extrapolated. These drawings focused on different aspects of each building but two of the drawings have been provided. CAD drawing of the Cook’s House and Earthwatch Roundhouses With the combination of the scan data and CAD drawings, this data is now being used to help with the reconstruction of these two buildings at Castell Henllys. Recording these buildings with other forms of technology would not have been possible, and it shows how advanced laser scanning is becoming in archaeology, as it is now the preferred tool to record such buildings in as much detail as possible. Not only does this aid the work taking place, but the data will be used for generations to come as a record for comparative work and study.

Castell Henllys by Archaeovision on Sketchfab