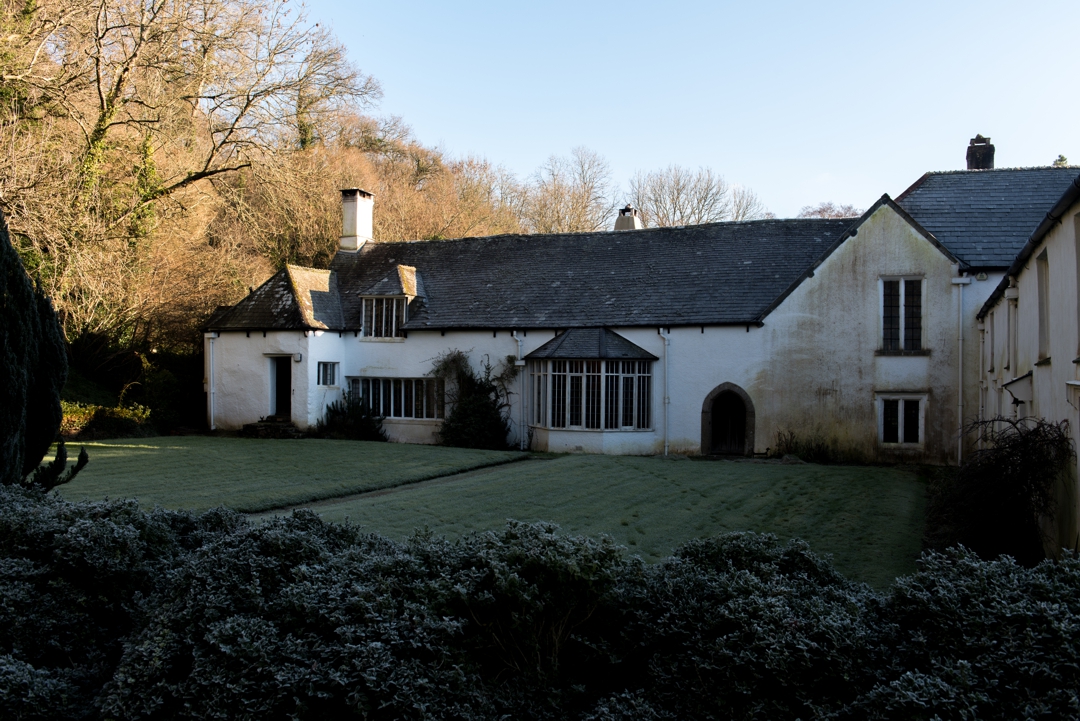 Work began two weeks ago on the documentation of Bradley Manor for the National Trust. Bradley Manor is one of the most complete medieval manor houses in Devon and can be found on the outskirts of Newton Abbot. The house is Grade I listed, and with its associated buildings, structures and landscape, has been identified as being in need of archaeological assessment and survey for a forthcoming Conservation Management Plan. Bradley Manor was the medieval manor house of Highweek parish and was home to the families of de Englishville and Bushell in the 13th and 14th centuries. The manor house contains a number of multiple phases within its development that date from the 13th century through to the 20th century. These are however hard to identify with the later modifications aimed at bringing the building back to its original layout.

To record this building with standard tools would be a cumbersome task as there are features that contain complicated geometry. Archaeovision were brought in to the record the manor house and the attached Poundhouse building via laser scanning. Recording took place using a Faro Focus x130 laser scanner with the exterior sections of the manor house recorded via 55 scans, and the internal and external elements of the Poundhouse recorded with 47 scan positions. Laser scanning offered precise data from which to work from. Not only has the current building work been recorded at a very high resolution, offering a resource for future research, but will be used as part of on going work that Cornwall Archaeology are completing.

The scan data has now been processed and we are creating CAD drawings for Cornwall Archaeology. These drawings will be used as part of the identification of the multiple phases mentioned and will be tied in with an onsite photographic record. The scan data has been georeferenced with precise GPS positions via a Leica GPS Smart Rover which allows for all of the data to be combined with those previously carried out on site. Ground stations have been left on site and can be used in the future for further recording. The exact position of the scan data allows for the CAD drawings to have exact levels within the data, but will also allow for future comparisons to be made if the building is recorded in this manner again.

The exterior of the building has been recorded and we hope that Archaeovision are used in the future to record the internal elements of this important building. Our thanks must go to Alexandra Woolner and Peter Woolner who currently stay in the property, not only for their steady supply of coffee in the cold temperatures, but for their general interest in the work that was taking place. Both Alexandra and Peter are grandchildren of Cecil Firth, a British Egyptologist. The tour that they provided of the building was fascinating and the property is very much worth a visit, not only to see the building but also the level of of interior decoration that exists.