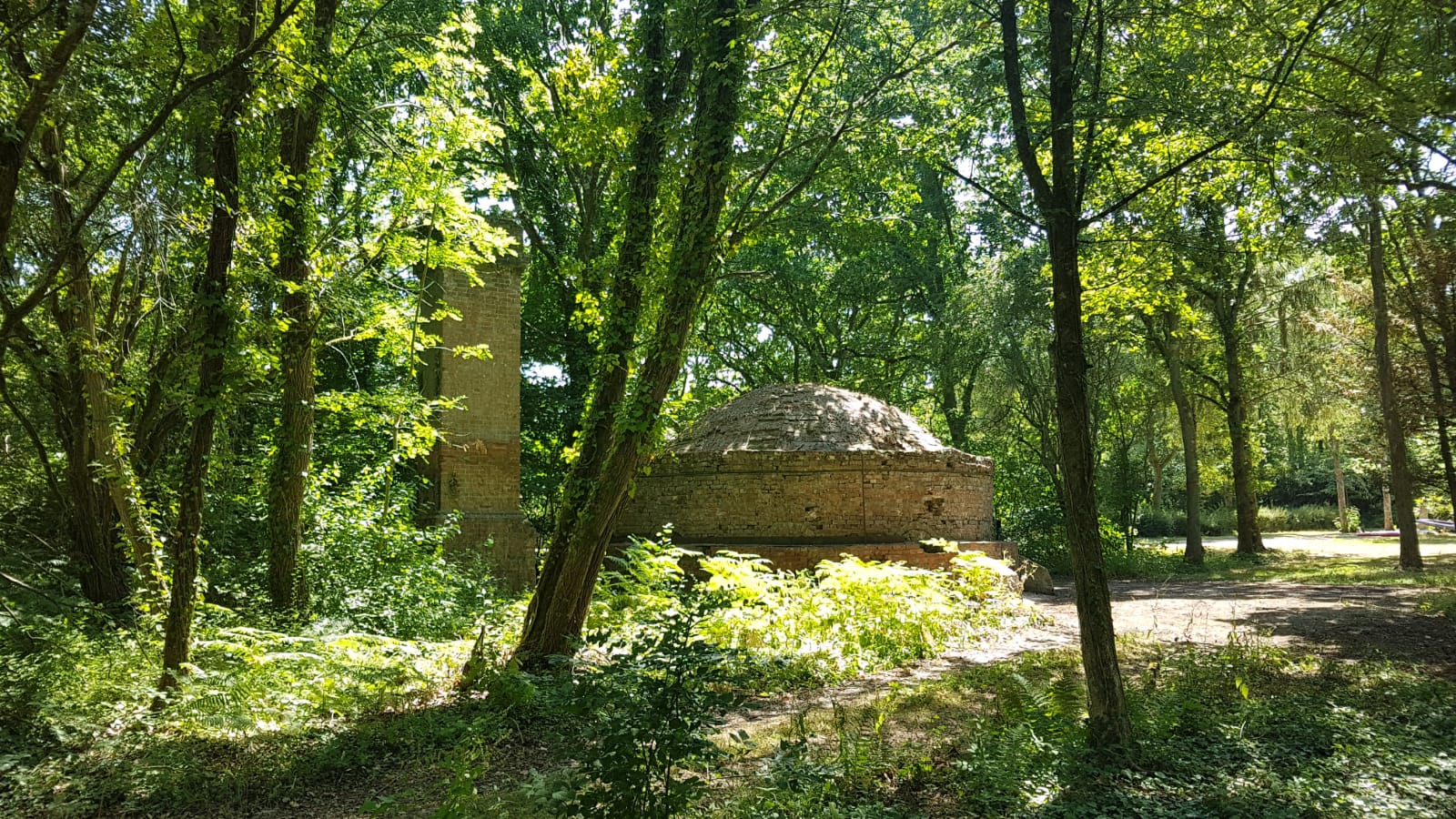 Built in 1790, the Beaulieu Brickworks at Bailey’s Hard produced red- and yellow-coloured bricks, tiles and pipes. The clay was collected from several pits located throughout the estate and brought to the brickworks by a narrow gauge railway built in 1850. The bricks were commissioned and used in buildings’ construction on the Beaulieu Estate, the Southampton Docks, the Royal South Hampshire Hospital and many more (source). Such orders were usually transported using the nearby river on barges, having unloaded shipments of coal to fire the kiln (source). 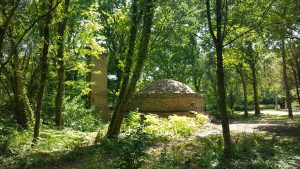 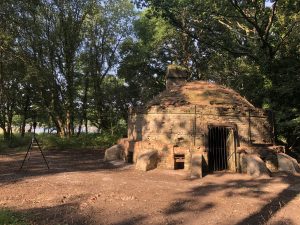 Brick kiln with river in the background 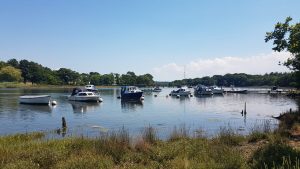 The beehive-shaped brick kiln with its detached chimney is thought to have been constructed in the 18th century and refurbished in the mid-19th century. This downdraught kiln was particularly efficient at producing high-quality bricks because the firing was much easier to control than previous methods (source). This kiln could produce approximately 40,000 fired bricks in about a fortnight of operation (source).

The purpose of the laser scan recording is to document the current state of the building, not only to act as a preservation tool, but to assist engineers and architects in the structural maintenance of the kiln in the following years. To create a detailed record of the state of the brick kiln, laser scanning was used via a Faro Focus x70 to capture both the exterior and interior features of the kiln. This incorporated over 60 individual scan positions, some captured from the skies using a cherry picker.

The resulting 3D model is used to created very accurate CAD drawings of the current state of the building, which you can see a sample of in the images below, in addition to some sample renderings of the 3D model. 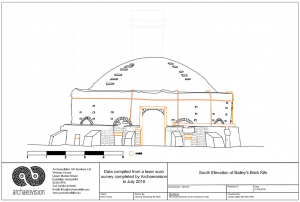 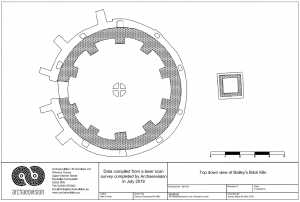 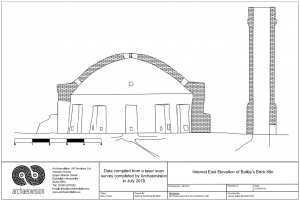 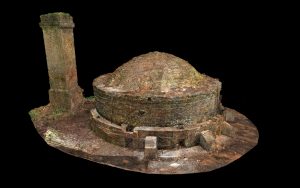 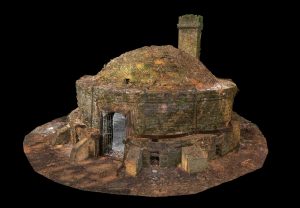 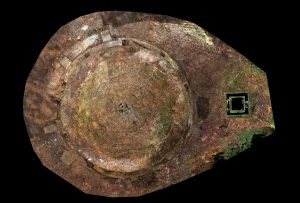 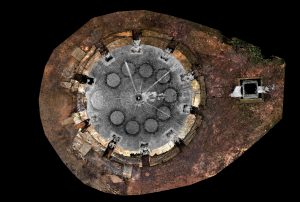 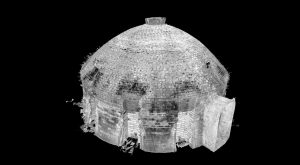 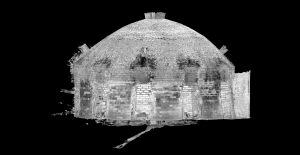 The following video is an animation of the 3D model.

Having seen the animation, why not explore the model through our Sketchfab model